Winter Weather Advisory for areas east of Springfield along and north of the interstate from 8 pm until 9 am.

Drizzle and light rain will work into the area from the north early this evening with temperatures slowly falling through the 30s. The drizzle will mix with and then change to light snow between 8 pm and 10 pm in Springfield with the transition line moving slowly south overnight tonight and into Northern Arkansas after midnight.

Snow showers will continue throughout the night into Wednesday morning before tapering off to snow flurries. Flurries may continue into the afternoon, especially near the interstate. Clouds will hang around as well, especially near the interstate. There could be some breaks in the clouds elsewhere, especially west and northwest late in the afternoon. Temperatures will dip into the upper 20s and low 30s tonight with highs Wednesday in the mid to upper 30s.

Snow amounts will be heaviest along and north of the interstate east of Springfield where 1 to as much as 2″ is possible. Lighter amounts are expected elsewhere with totals dropping off to a dusting over Northwest Arkansas into South Central Missouri. Amounts of a half an inch to 1″ are expected in Springfield.

Roads will be wet this evening, but with snow showers continuing through sunrise and temperatures slipping a little below freezing, there will likely be some slick spots as some roads becoming lightly covered by snow. The greatest road impacts will occur along and north of the interstate east of Springfield where higher snow rates and totals are expected. Locally in Springfield, road impacts are more likely on neighborhood streets and less traveled roads and parking lots.

Clearing skies, light winds and some snow cover will lead to a cold night Wednesday night with temperatures slipping into the upper teens and low 20s by Thursday morning.

Thursday and Friday will feature a mix of sun and clouds. Clippers diving southeast across the area will generate bouts of clouds and a few rain or snow showers Thursday afternoon and a few rain showers again Friday afternoon to the east. Temperatures will remain chilly but will be heading higher.

Sunshine and westerly winds will make for a beautiful first half of the weekend with temperatures possibly topping out in the low 60s.

The pattern will turn more unsettled Sunday through Tuesday. We’ll see increasing clouds Sunday with a chance for a few showers by the end of the day. Widely scattered showers and thunderstorms are possible Monday, mainly during the afternoon. Widespread rain and some thunder are expected Tuesday. Rainfall amounts could be heavy early next week, especially Tuesday, with storm totals of 1 to 3″ possible. 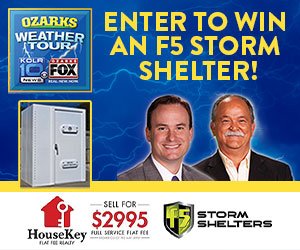