You can help Ozarks Food Harvest by texting our text-to-give number at 243-725 and use the word "OZARKS".

SPRINGFIELD, Mo.– With hunger a concern for some families this holiday season, Ozarks Food Harvest says even $1 donation could help in more ways than you think.

Many grocery stores like Price Cutter around the Ozarks are helping OFH with its Check Out Hunger campaign.

From now until December 31, Ozarks Food Harvest is partnering with more than 60 grocery stores to provide meals for families in need.

Putting the Ozarks First for the holidays: how you can help your neighbors

“The holiday season is going to be top of mind for a lot of families,” Jordan Browning of Ozarks Food Harvest said. “And we want to get that on people’s minds that people should be able to enjoy a meal at the table with their family just like everyone else is.”

In the ‘Check Out Hunger’ campaign, Browning says shoppers can add a $1, $3 or $5 tax-free donation to their grocery bill.

Every dollar raised will help give $10 worth of groceries to children, families and seniors facing hunger in Southwest Missouri.

This is the fundraiser’s 23rd year.

“This year is different because we’re experiencing a much greater need of hunger within Southwest Missouri,” Browning said.

Before the pandemic began, OFH says one in five children and one in six adults were facing hunger in the Ozarks.

Now, it’s affecting one in six children and one in seven adults.

“So just within the past two years, we’ve seen a dramatic increase,” Browning said.

But stores like Price Cutter help meet the need time and time again.

In the 23 years this campaign has ran, Price Cutter has raised more than $190,000, which helped serve more than 750,000 meals across the 28 counties of Ozarks Food Harvest.

“It’s really important for us to give back to the community and not just trying to find local suppliers for our products, but giving back to our neighbors is a really important priority,” Dave Plemmons of Price Cutter said.

Last year the campaign collected more than $69,000, helping provide around 276,000 meals to families.

“We’re hoping to get to that point again, but we’ll see how this year turns out,” Plemmons said.

Browning says if you don’t have the money to spare, his non-profit is always looking for volunteers.

Arizona cult leader had 20 wives, some as young as …

Where your name falls on the Naughty or Nice List

Putting the Ozarks First: It’s not too late to donate!

Crosslines increases help during the pandemic

Athlete of the Week: Avery Givens

Ritter too much for Reeds Spring in Class 3 title …

Wolves to Columbia on “business trip”

St. Dominic comes from behind to beat Zizzers

Athlete of the Week: James Dowdy

Influential people who died in 2022

Serbia charged by FIFA for team, fans conduct at …

“Now you know not to mess with me”: man accused of …

An early morning crash leaves one dead in Pulaski …

One woman dies following a car crash in north Springfield …

Arizona cult leader had 20 wives, some as young as …

Where your name falls on the Naughty or Nice List

How bad is the flu In Missouri this year?

The magnificent history of the misunderstood fruitcake

Best tools to give as gifts

Best smart home gifts for everyone in your life 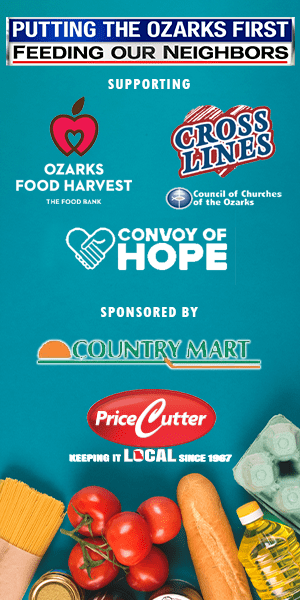 Al-Qaida chief’s ‘pattern of life’ was key to death

What’s next in ‘unprecedented’ case of truck driver … 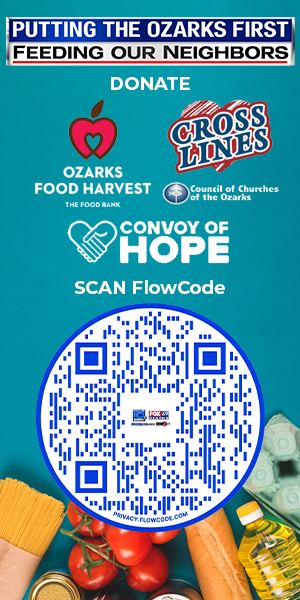