LIVE: ‘We have a deal’: Biden, senators reach bipartisan agreement on infrastructure plan

WASHINGTON (NewsNation Now) — President Joe Biden announced on Thursday that “we have a deal,” signaling a bipartisan agreement on a $953 billion infrastructure plan that would achieve his top legislative priority and validate his efforts to reach across the political aisle.

Biden made a surprise appearance in front of the cameras with members of the group of senators, Republicans and Democrats, after an agreement was reached Thursday. Details of the deal were scarce to start, but the pared-down plan, with $559 billion in new spending, has rare bipartisan backing and could open the door to the president’s more sweeping $4 trillion proposals later on.

In the United States, the average American purchases more than 315 beverage bottles each year, with 57% of those being plastic water bottles, the Springfield's Environmental Services says.

Ozarks Tonight: Choosing between renting and buying a home

Springfield is home to rare guitar brand, about 200 in existence 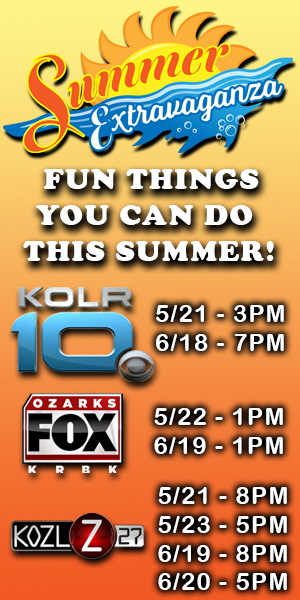 World-record ‘beast’ of a paddlefish caught at Oklahoma lake