RosAmungThorns, LLC was established in May of 2013 as Springfield’s premier floral shop. In addition to traditional floral services one would expect, this unique flower shop sets itself apart by offering educational courses to the flower enthusiast. RosAmungThorns specializes in high-quality arrangements that far exceed the industry standards by using cutting-edge designs to improve the lives of their customers.

RosAmungThorns started as a home based business in May of 2013, but not for long! It quickly expanded into retail space 30 days later. Around the same time, Springfield Business Journal featured the owner/operator Theresa Carter-Hess in 2013 on the front page of their publication. Later that year, RosAmungThorns became a member of the Springfield Area Chamber of Commerce and had a grand opening ribbon-cutting. RosAmungThorns moved into the current space at 2030 South Stewart in May of 2014. The floral design class began in October of 2014 and has been running strong. RosAmungThorns became a member of the Better Business Bureau in 2015.

You may be wondering by now about the unusual spelling of the company name. It is not a typo – in fact, the owner’s grandpa used to call her “the rose among thorns.” When she opened her first email account, she wanted to honor that, but the correct spelling was taken. Therefore, “RosAmungThorns” was the obvious next choice! So, when Theresa opened up her own flower shop, it was an easy transfer of her unique brand. And now we get to honor her grandpa’s belief in her everyday.

Click below for more fun from Ozarks FOX AM!

Valentine’s Day is all about showing your spouse you appreciate them, but it can be challenging to come up with a good gift idea, despite the many options.

The best creative Valentine’s Day gifts are unique ways to show you care.

Valentine’s Day is the perfect opportunity to show your sweetheart how much you care, and with a little thought, you can find the perfect gift.

Santa is real, police say after RI girl asks for …

Santa is real, police say after RI girl asks for …

City Council to vote on ownership of Hammons Field

Springfield City Council to vote on ownership of …

Springfield City Council to vote on ownership of …

Semi-truck flipped on side at I-44

City Council to vote on ownership of Hammons Field

Springfield Underground: what exactly is down there 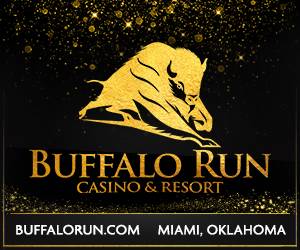