Local funeral directors said they're trying to make sure people know this reimbursement program is still out there for people to take advantage of.

SPRINGFIELD, Mo. -- Springfield Police are investigating after a man died in north Springfield Sunday afternoon. Officers responded to a house near Kansas Expressway and High Street around 1:00 p.m. after an assault was reported.

When officers arrived, they found a man suffering from a medical emergency. Police say the medical emergency was not related to the assault. Officers also say there were no visible signs of an assault. The man was pronounced dead at a Springfield hospital.

Murder in Shannon County leads to arrest of victim’s relative

SHANNON COUNTY, Mo.-- One suspect has been arrested in Eminence after admitting to the murder of his relative.

On January 13, Shannon County Sheriff's Office was notified about a deceased body located in a yard. On arrival, officers found it was the body of 48-year-old David Alley.

Armed robbery under investigation in Springfield

Springfield makes the most of a snowy Saturday

Snow has come to the Ozarks – here’s what to expect

Winter Weather Update: Snow continuing to come down across the Ozarks

New animated sign on Plaza Towers lights up the sky

Springfield Salvation Army meets fundraising goal, sets another for the end of the month

Two arrested in connection to the death of Galena man

Childcare centers latest to be impacted by staff shortages

Why police are concerned about Missouri’s new gun law 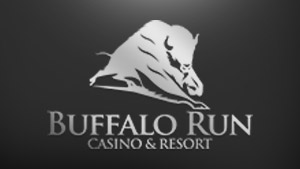