(CBS) — President Trump and President-elect Joe Biden both paused to mark Veterans Day on Wednesday, with the president participating in a ceremony at Arlington National Cemetery and Mr. Biden visiting a war memorial in Philadelphia.

President Trump and the first lady laid a wreath at the Tomb of the Unknown Soldier in a ceremony in the morning, the only public event on his schedule. It was his first formal public appearance since Mr. Biden was projected the winner of the presidential race. Mr. Trump had not held an official appearance since last Thursday.

Mr. Biden and his wife Jill traveled to Philadelphia to commemorate the nation’s soldiers at the city’s Korean War Memorial. In a statement, the president-elect said he feels “the full weight of the honor and the responsibility that has been entrusted to me by the American people as the next president, and I vow to honor our country’s sacred obligation.” He plans to meet with transition advisers later in the day.

Meanwhile, Mr. Trump and his campaign are forging ahead with legal challenges contesting vote-counting procedures in several states, none of which have established the kind of widespread voter fraud Mr. Trump has alleged.

The secretary of state in Georgia, where Mr. Biden leads by roughly 14,000 votes, announced a hand recount of all ballots in the presidential race. The move comes after Republicans in the state pressured him to do more to investigate allegations of impropriety and fraud.

Mr. Biden said Tuesday that the transition can continue apace without the GSA’s determination, but he also called Mr. Trump’s refusal to concede “an embarrassment” and suggested that “it will not help the president’s legacy.”

Trapped for 2 weeks, 11 workers rescued from China gold mine

How much do Super Bowl LV tickets cost right now?

Trapped for 2 weeks, 11 workers rescued from China gold mine

Missouri last in the nation on vaccine rollout

The mentality that sets Patrick Mahomes apart from the rest

Investigation underway after man died hours after getting COVID-19 vaccine

How much do Super Bowl LV tickets cost right now?

Investigation underway after man died hours after getting COVID-19 vaccine

Where to get a COVID-19 vaccine in the Ozarks 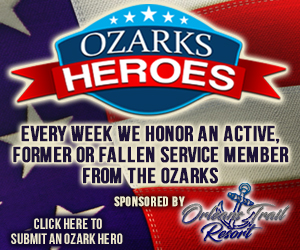