OMAHA, Ne. (CBS) — A brutal heatwave will scorch more than half of the country this weekend, with temperatures expected to feel well over 100 degrees Fahrenheit. And to show just how serious the threat is, the National Weather Service in Omaha, Nebraska baked biscuits in a parked car – using only the heat of the sun.

“If you are wondering if it’s going to be hot today, we are attempting to bake biscuits using only the sun and a car in our parking lot,” NWS Omaha tweeted on Thursday. “We will keep you posted with the progress.”

The agency put four biscuits on a baking sheet, then left them on the dashboard of a parked car in the sun to begin its experiment. Over the course of the next eight hours, NWS Omaha shared updates on how the biscuits were doing.

After about 45 minutes, the biscuits began to rise, and after an hour, the pan temperature reached 175 degrees. “This is a good time to remind everyone that your car does in fact get deadly hot,” the agency tweeted. “Look before you lock! On average, 38 children die in hot cars each year. Don’t be a statistic!”

At the five-hour mark, the agency reported the top of the biscuits were baked, and even the temperature in the shady part of the car had reached 144 degrees.

“And after nearly 8 hours in the sun, the outside of the biscuit is actually edible,” the agency wrote in its final update. “The middle is still pretty doughy though. The max temp on the pan was 185!”

Extreme heat will affect large swaths of the country this weekend, with record-breaking temperatures expected in at least 14 different states. About 195 million people will be broiling in 90-degree temperatures or higher over the next 24 to 48 hours. The weather service says about 120 record-high minimum temperatures could be set since it’s not expected to cool off much at night.

This heatwave is expected to last through Sunday. According to a recent climate study, the number of days where the U.S. experiences temperatures that feel like at least 100 degrees could double from 14 to 36 by 2050.

AstraZeneca claims victory in tussle with EU over deliveries

EXPLAINER: How India is changing vaccine plan amid shortages

The Latest: CDC: Delta variant expected to be dominant in US

FAYETTEVILLE, Ark. (KNWA/KFTA) — Attorneys for former "19 Kids and Counting" star Josh Duggar have requested the trial date be pushed back to after February 2022.

SPRINGFIELD, Mo. -- A black bear was spotted in Mountain Grove last night, but that's not the only bear sighting this year.

The Missouri Department of Conservation said it's not surprising to see more bears because young males are kicked out of the family group. 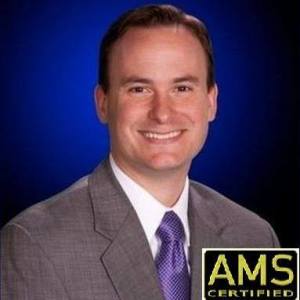