A banker finds his wife shot in their affluent Fremont Hills home; a Missouri State Highway Patrol trooper shot dead by a white supremacist; two brothers kidnap a banker from Noel to rob his safe but the man winds up bound to a chair in a lake.

These stories, and more, make up the Ozarksfirst Crime Traveler podcast.

Hear archive sound from the courtrooms, press conferences, family reactions, and prison interviews from some of the most bizarre crimes in the Ozarks.

Season One contains 17 heart-pounding episodes re-telling true crimes from Missouri. A new episode will drop once a week every Tuesday until the end of the year. After you listen, look to this page for the exclusive videos used to compile each episode. See the suspects, the investigators, the journalists who revealed case details that left most locals in shock.

A 12-year-old girl disappears from a park. A suspect is in custody within an hour and a half, but she is nowhere to be found.

A pregnant mother leaves to buy food for her family, little did she know that that would be the last time they would see each other alive.

Crime Traveler: “Mom did it.”

A Branson teenager wakes up to gunfire in his house. As he gets out of bed, he sees his mother at the door. His life changes forever.

Crime Traveler: The discovery of a dismembered woman

A woman is driving home after a long day at work when something catches her eye… A black bag. The woman pulls over to look inside the bag only to find body parts.

Four teenagers go on a double date, but only one returns alive. With a gunshot wound in her chest, she tells police that another police officer killed her friends.

An associate pastor at James River Assembly disappears but is later found in a completely different state. Not only physically, but also mentally.

An elderly couple is brutally murdered because of a botched burglary, but the victim’s family still finds it in their hearts to forgive.

Crime Traveler: Gypsy Blanchard Part 3: Til death do us part

When one young man in love was asked to murder for her, he complied. Did he have the mental capability to know what he was doing or was this a ploy orchestrated by a veteran manipulator?

A girl who was convinced by her mother that she was sick tries to find an escape. Unfortunately, no one told her murder was not the way to do it. This is part two of the three-episode feature on Gypsy Blanchard.

A mother who started a lie becomes greedy. A daughter who wanted to be free finds a way. A boy willing to do anything for love loses himself. This is the first of three episodes about the Gypsy Blanchard case. Gypsy’s mother Dee Dee held on to her daughter so hard she ultimately loses her and more in the end. This is the story of Dee Dee Blanchard.

In 2017, a pregnant woman falls dead inside a Springfield apartment. The only suspect in Valerie Williams’ murder is her boyfriend, Derik Osborn. Osborn would claim it was a freak accident, but past reports prove he had a history of abusing Williams. Neighbors heard fighting and loud crash that night, but the ultimate cause of Valerie’s death would be debated by many involved. What exactly happened to Valerie and her baby? Osborn’s double-murder trial in July 2021 will reveal the answer.

Crime Traveler: How triple-murderer Darrell Mease was saved by a twist of faith

In 1988, a Stone County grandfather, grandmother, and their 19-year old grandson were gunned down in a gruesome killing. Investigators said it was one of the most disturbing crime scenes they had ever witnessed. Law enforcement, and loved ones of Lloyd, Frankie, and Willie Lawrence, were left with a major question: who would brutally murder this family out for a Sunday ride on their four-wheelers?

Crime Traveler: The story of Jesse Peaster: The stolen baby

A Lincoln Missouri family is living every parent’s worst nightmare. Their child is gone. One-month-old Jesse Peaster was stolen right from his crib at 10 a.m. in 2004. With the help of law enforcement and Jesse’s four-year-old sibling, Jesse is found unharmed in Kansas City. How did he get there? And why does this case not only baffle the parents but law enforcement as well?

Crime Traveler: The chilling murders of the Staudte Family

In 2013, Sarah Staudte is rushed to the emergency room. Doctors race to save her but all their tests come back inconclusive. The family already lost two family members, a father and son, back in 2012. Is this just a case of bad luck or is there something more sinister happening to this Missouri family? Police intend to find out.

In 2007, 9-year-old Rowan Ford was left in the care of her stepfather while her mother went to work. Her stepfather and his friends would then have a night of drinking and smoking weed. The next day Rowan Ford was nowhere to be found. It wouldn’t be until later during the investigation that one of the stepfather’s friends would know something about her whereabouts. In this episode, you’ll hear sound from one of the lead investigators on the case and how it impacts him to this day.

When Missouri Highway Patrol Trooper Russell Harper pulled over a pickup truck in February of 1987, the events that would follow changed the lives of his family, his fellow law enforcement and the armed man behind the wheel.  That suspect was Glennon Paul Sweet and witnesses say he came out of his truck firing at Harper who died after taking a bullet above his eye.  A description of Sweet prompts a massive multi-county manhunt.  In this episode, former trooper Sam Kaunley describes the days-long hunt for the killer and the heart-stopping moment he was face-to-face with the man who killed his friend.

In September of 1994, police were summoned to an upscale neighborhood in Fremont Hills, Missouri. 36-year-old banker George Revelle had called 9-11 to say intruders broke into his home and shot his wife, Lisa. She died soon after and police began to look closely at George as the true suspect. He was in debt, had likely embezzled from the bank and a life insurance policy on Lisa was his way out. But soon a letter would emerge that pointed to other suspects and a scheme to use George to cash in. How will the jury see it?

Just a mile from her home in Strafford, Missouri, 19-year-old Amanda Morton stops on I-44 to check damage to her car after getting bumped from behind. The other driver, a man who had just served 20 years for rape, was drunk and worried this accident could send him back to prison. What happens next is so disturbing, it stuns the small community and leads to a killer making a bone-chilling confession.

A gruesome plot to rob a bank leads brothers Joe and Shannon Agofsky to kidnap Missouri banker Dan Short. Jurors believed the brothers took Short to his bank in Noel, grabbed tens of thousands of dollars and then tied the banker to a weighted chair before throwing him into Oklahoma’s Grand Lake. A woman who got close to Shannon Agofsky believes the jury got it wrong and claims the evidence proves it. After three decades, will anybody take a second look?

A drunken encounter on a back road leads to a man killing his friend. Alis Ben Johns shot Thomas Stewart simply because he was following Johns in a car driven by Stewart’s girlfriend. This one murder leads to a six-month manhunt, multiple robberies, two more murders and Johns finally using his girlfriend as a human shield during a confrontation with police. In this episode, hear from the sheriff who investigated the crime spree and finally outsmarted the backwoods survivalist.

A frantic daughter calls 911 in 2011 after arriving at her mother’s home in Willard, Mo. Investigators respond to find Rusty and Rebecca Porter’s only vehicle in the driveway, screens cut from doors, security cameras tampered with, a strong smell of bleach but no sign of the couple. The investigation that followed uncovered a family feud over land and an uncle who had no love for his nephew, Rusty. But would he kill for the property?

A routine traffic stop in 1985 led to a trooper’s death, near-death for another officer and a manhunt for the alleged Neo-Nazi who opened fire on them. Hear from the Missouri Highway Patrol trooper who survived and the investigators who tracked the killer.

It took more than 25 years for a suspect to be arrested in the murder of 20- year-old Jackie Johns from Nixa, Mo. The pageant girl’s car was found at a local gas station with blood inside and signs of a struggle. Her bruised and beaten body was pulled from Lake Springfield and locals say everyone knew the likely perpetrator but police couldn’t get enough evidence to prove his involvement. Until finally, science caught up with the killer.

A high school science teacher is tried for the murder of his wife and two small children. Did Jon Feeney arrange for them to be killed while he was away at a work conference? What would be his motive? Prosecutors say it was $500,000 and a chance to be free of family responsibility. Feeney’s attorneys say someone else committed the crime and Jon is a victim. What did the jury say? 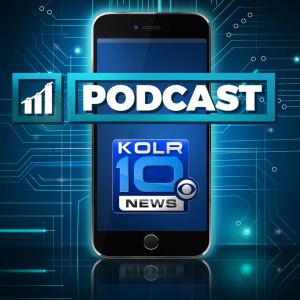