Celebrating the Ability to Learn on World Education Day 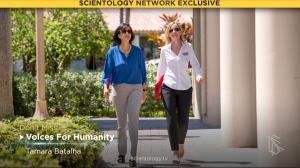 Tamara Batalha and Barbie Rivera, cofounders of HELP Miami, have transformed the lives of children formerly labeled and told they would never be able to learn. 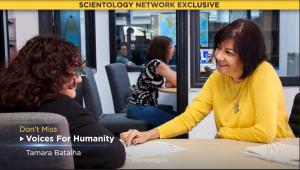 Their work is featured in an episode of Voices for Humanity on the Scientology Network.

Find out how L. Ron Hubbard’s Study Technology empowers children who have been dismissed as “unable to learn.”

But what of the millions of children labeled learning disabled including those who have been told they will never be able to learn?

In an episode of "Voices for Humanity," Tamara Batalha, cofounder and administrator of HELP Miami, shares the story of how she and Barbie Rivera, the school’s principal, decided to take matters into their own hands, and the life-changing difference that made in the lives of their students.

“Our country’s in crisis today,” says Batalha. “Throughout American school systems, kids are being labeled and drugged at an incredible rate. They’re not learning. This is a tragedy.”

In fact, it was just such a tragedy that inspired the creation of HELP Miami. When Batalha was told her own daughter would never learn to read, she knew she had to find a solution. She heard about the amazing results Rivera was achieving by homeschooling kids. And when her daughter progressed from kindergarten to third-grade reading level in a matter of weeks in Rivera’s program, Batalha decided they had to open a school and make this broadly available.

“My son, when he started, oh my God, the difference is from zero to 100,” says the mother of one of their pupils who is interviewed in this documentary on the Scientology Network. “You see it in his grades. You see it in his answers. You see it in the way that he feels. You see that he smiles all the time. You see it because he wakes up and he wants to go to school.”

Learn how Study Technology, developed by educator and Scientology Founder L. Ron Hubbard, has ignited the pride and love of learning in the lives of children who were discarded by the system.

"Voices for Humanity" is an original series that presents individuals from many faiths, cultures and nations who are making a difference by helping communities in partnership with Scientology-sponsored humanitarian programs.

Since launching with a special episode featuring Scientology ecclesiastical leader Mr. David Miscavige, Scientology Network has been viewed in 240 countries and territories worldwide in 17 languages. Broadcast from Scientology Media Productions, the Church’s global media center in Los Angeles, the Scientology Network is available on DIRECTV Channel 320 and can be streamed at www.Scientology.tv, on mobile apps and via the Roku, Amazon Fire and Apple TV platforms.