With Experiences as Instacart's Tenth Employee, Flexport's Central Region General Manager, and Foxtrot's SVP of Growth and Product, Holloway is The Go To Consumer Operator in Chicago.

CHICAGO, July 12, 2022 /PRNewswire/ -- Starting Line, an early stage Venture Capital Fund investing in consumer startups that are focused on democratizing access to technologies, products, and experiences for the 99% of Americans, is proud to announce the addition of Scott Holloway as a General Partner after an 18 month stint as Venture Partner. Holloway joins firm founder Ezra Galston, and early Trunk Club employee Haley Kwait Zollo as General Partners, alongside Venture Partner Ade Olonoh, founder of Formstack and Formspring. Starting Line launched its $30M Fund II in November 2020, following its $17M debut Fund I in November 2019. The firm has led early seed investments into numerous fast growing startups such as Cameo, Klover, Soona, Made In Cookware, Protégé, Unchained Capital, and more. 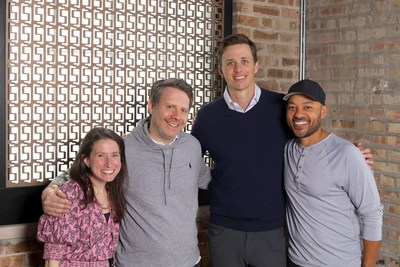 Starting Line, a Venture Capital Fund investing in startups for the 99% of Americans is proud to announce Scott Holloway

Holloway entered the startup world in 2013, honing his skills over six years as Instacart's 10th employee, founding their first office outside of Silicon Valley, and subsequently launching dozens of additional markets. After 6 years in leadership roles at Instacart, Holloway moved to Flexport where he managed their 200-person Chicago and Dallas offices and served as General Manager. Until last month, Holloway served as SVP of growth and product on the executive team at Foxtrot, a Chicago based consumer delivery startup which closed a $100M financing from D1 Capital Partners in January of this year.

"Playing a small role at Starting Line over the last two years has made it clear to me that Ezra, Haley, and Ade are building a brand and a partnership that will persist for decades to come in the city of Chicago," said Holloway. "As a firm, it's got the fast-paced, meritocratic, never satisfied culture that I have become obsessed with over my career at high performing startups. After 10 years helping build and lead startups, I am very excited to get hard at work finding and helping founders that are trying to bend the world."

At Starting Line, Holloway has already taken Board roles at Buncha and Anycreek, while continuing to support the firm portfolio as well as his prior angel investments including Chicago based Provi (backed by D1 Capital Partners), San Francisco based Shef (backed by Craft Ventures and CRV) and Adquick (backed by Initialized Capital.)

"Scott is hands down the leading operator and growth executive in the city of Chicago. His track record of growing decacorns and unicorns is unprecedented for this city and we are so grateful he's making Starting Line his full time home, as well as deeply excited for the many many founders he will get to coach and fund over the coming decade," said Founding Partner Ezra Galston. "Scott has always approached operating, investing, and relationship building with a long term outlook and that is a perfect fit with the generational firm we are building at Starting Line."